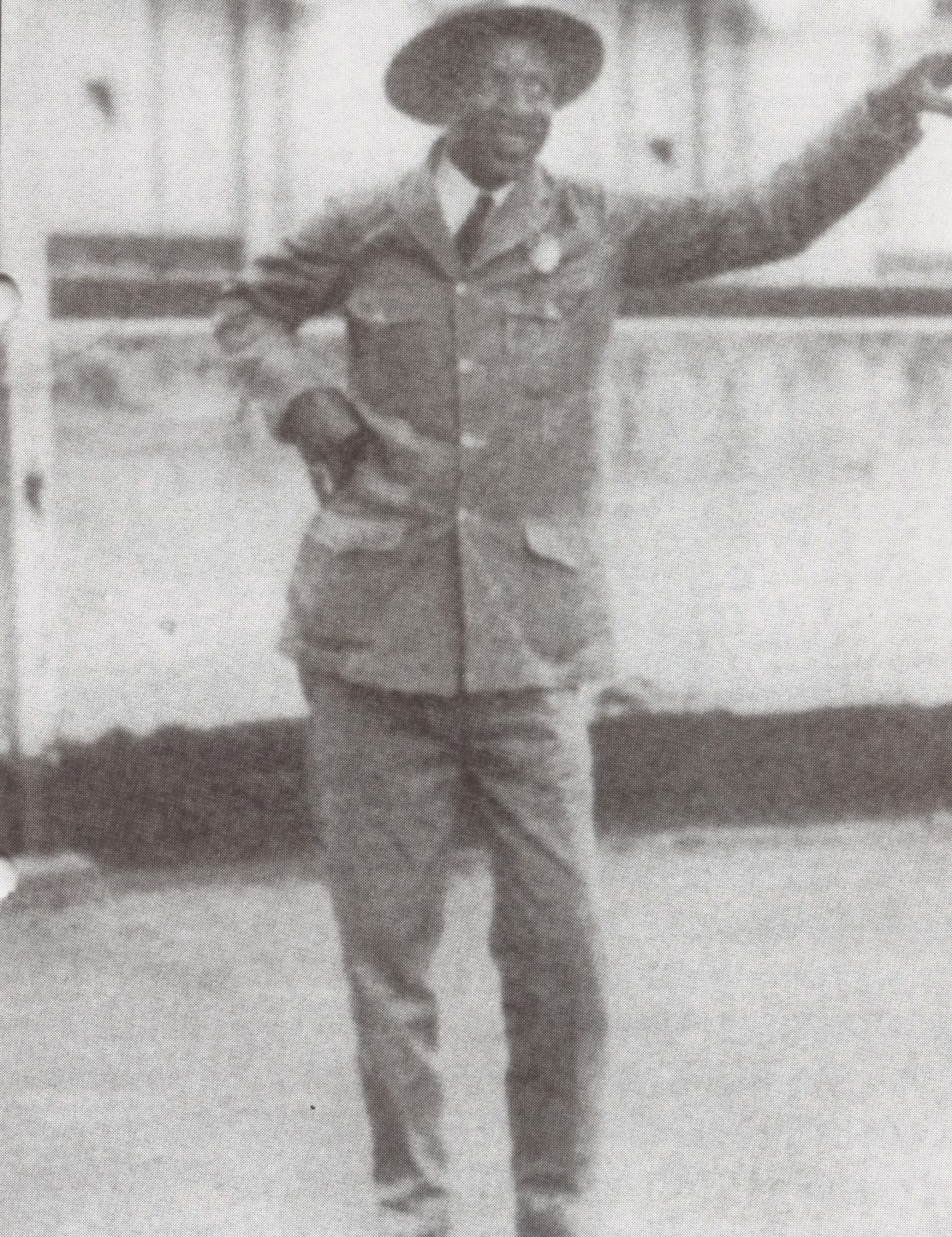 In the heyday of the Queen’s Surf (flagship property for the Spencecliff Corporation,) the Barefoot Bar was ground zero for local comedy and entertainment. Sterling Edwin Kilohana Mossman was the ringleader.

Mossman sang and did comedy and included a lot of others in the evening’s entertainment.  The footprints of many of these Island and internationally known entertainers lined the stairway up to the second floor bar.

A detective with the Honolulu Police Department during the day, after dark he was one of Hawaiʻi's most popular entertainers. His diversified careers earned him the nickname “Hula Cop”. (TerritorialAirwaves)

But this story is not about that Hula Cop, this is about Pedro Jose, another ‘entertainer’ who earned that local moniker.  Due to his looks and 6-foot, six-inch frame, he was also known as the “Tall and Handsome One.”

Pedro (Peter – Pete) Jose (Hose) was born in Honolulu on September 29, 1881. His father came from the Cape Verde isthmus off the coast of Africa.  Cape Verdeans were of African Portuguese ancestry.

“As he motions with his original comical gestures to the drivers of vehicles when to come ahead, Peter wears that everlasting smile.  No traffic is dense enough, no weather is too hot nor is any driver too grouchy to spoil that smile.  And the result is that everybody else smiles, too, and there is no pessimism at Merchant and Fort street.” (Honolulu Star-Bulletin, August 11, 1917)

“Like William Shakespeare, Peter Hose believes that when you smile the world smiles with you, and when you weep you weep alone. Hence it has become Peter's business to keep the populace of Honolulu smiling when it happens down around, the corner of Merchant and Fort streets during the morning and late in the afternoon.”

“Peter Hose is the great tall six foot, six inch traffic cop whom everybody who ever passed along Merchant or Fort street when he was on duty remembers. Aside from his broad and everlasting smile, one discovers; upon closer examination, that Peter wears about the broadest brimmed hat made and the largest shoes obtainable in the city about twelves it was said the other day.”  (Honolulu Star-Bulletin, August 11, 1917)

“The sidewalk on Merchant street; from a point in front of the entrance to the savings department of Bishop & Co bankers, to the entrance of the Henry Waterhouse Trust Co on Fort street, opposite C Brewer & Co office, is considered the financial curb of Honolulu for there at almost any time of the day, except during the Exchange session, will be found the brokers, tipsters and stock traders swapping yarns, swapping tips, making bets, and winning the war.”

“But even these pursuits are apt to grow dull at times and in those dull moments Traffic Policeman Peter Hose, better known as "The Tall and Handsome One," who holds sway at the corner of Merchant and Fort street, supplies the comedy element and keeps the broker throng amused with his Chaplin stunts.”  (Honolulu Star-Bulletin, December 17, 1917)

“’Hula cop’ was the nickname he went by. Besides being courteous he was efficient. He did favors for people, but never forgot that he was an officer. The people liked and respected him. That little touch of the clown in his makeup won their hearts.”

“A modern electric traffic device was installed recently at one of the busy corners in Honolulu, and the people dedicated it to Pete Hose. At a short ceremony, city officials spoke, and members of the traffic department and friends of Pete Hose praised his work.”

“(T)he courtesy that Hose expressed in his whole life perhaps could be copied with benefit by some of them.  A little touch of humor makes the whole world kin - and often brings humanity's homage, as in Pete Hose's case.”  (Manitowoc Herald Times, December 13, 1926)

“Honolulu's "hula cop," who has caused thousands of tourists to laugh at his downy antics as he directed traffic through the downtown thoroughfares, has been ‘promoted’ from the ‘stop and go’ job to a position as waterfront policeman.”

“Peter will now direct the tourists as they set foot on Hawaiian soil, and there is little doubt that a few weeks of acquaintance with the new surroundings will set him ‘hula-ing.’”

“Indeed, when the white-suited Hawaiian band strikes up the strains of ‘Honolulu Tomboy’ or ‘Hula Blues’ as the boats come in or sail away, no one who knows Peter Hose would rightfully expect him to make those arms and legs behave. (New Castle News, PA, April 23, 1924)

“He is philosophically inclined, Peter is, and he believes in the plain, honest smile. He first went on the police force about 10 years ago and he has discovered in his long experience that there is one thing that does more to prevent collisions, hard words and ill feeling one thing that keeps the traffic moving smoothly and that as a real smile.”   (Honolulu Star-Bulletin, August 11, 1917)

“Peter Hose, Honolulu's ‘Hula Cop,’ big, smiling, hearty, known by nearly every man, woman and child in Honolulu and easily remembered by tens of thousands of world tourists who have passed through Honolulu the last 18 years, is no more.”

“‘Pete’ made a gallant, though a losing, fight with tuberculosis. One morning… he left Lēʻahi for home. ‘I know I am going to die,’ he said, ‘and I am going to die at home, among my own kin folks.’”  (Knowlton, Advertiser, Advertiser January 5, 1925)  The image shows Pedro Jose, Honolulu’s Hula Cop.