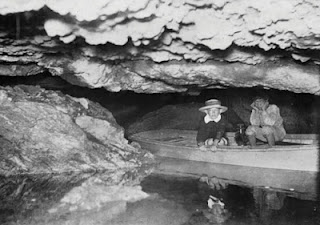 Prior and into the 1800s, Mōʻiliʻili was an agricultural community. It was transformed in the early 20th century into a self-contained town center with expanded businesses along King Street by Japanese immigrants who made Mōʻiliʻili their home.

This area is part of the Waikīkī ahupuaʻa.  Waikīkī was once a vast marshland whose boundaries encompassed more than 2,000-acres.  Here, the Mānoa and Pālolo streams (and springs in Mānoa (Punahou and Kānewai)) watered the marshland below.

With the arrival and settlement of the Hawaiians, this area gradually transformed from marsh into hundreds of taro fields, fish ponds and gardens.  The broad expanse of the Waikīkī ahupuaʻa was once one of the most productive agricultural areas in old Hawai‘i.

In the 1860s and 1870s, former Asian sugar plantation workers (Japanese and Chinese) replaced the taro and farmed more than 500-acres of wetlands in rice fields, also raising fish and ducks in the ponds.  By 1892, Waikīkī had 542 acres planted in rice, representing almost 12% of the total 4,659-acres planted in rice on O‘ahu.

Many residents of the Mōʻiliʻili area (and beyond) may not be aware that just a few feet below their feet, cars, houses and businesses are remnant caverns and caves (and water) in the Mōʻiliʻili underground.

During the island’s formative stage, the sea level was more than 25 feet higher than its present level. This period of sea level elevation is responsible for the deposit of fossil reef limestone in southern coastal Oʻahu, including up to the region we now know as Mōʻiliʻili.

The weathering and erosion of Oahu’s dormant volcanoes, the Waianae and Koʻolau, paired with the rise and retrieval of the sea level resulted in the formation of “interbedded marine and terrestrial deposits”.

The underground cave system is thought to be part of the original channel of Mānoa stream – people call it the Mōʻiliʻili Karst (Karst being a geological formation shaped by the dissolution of a layer or layers of soluble bedrock, such as limestone.)

The environment above the karst is highly urbanized, containing busy streets, buildings and businesses. The consequences of such urbanization are evident. Before damages due to urbanization and cave-ins, the Mōʻiliʻili Karst contained a half-mile cave that seemed to be a single connected structure.

There were several ponds that were fed by the karsic springs. One was located west of University Avenue, upslope of Beretania Street (near the UH makai campus.) The Kānewai underground pond was important to Hawaiian culture, because its water was said to have healing properties.

According to Hawaiian folklore, fish swam underground from the sea to this pool to eavesdrop on the fishermen who frequented this area and listen to the fishers’ plans.

Another important spring-fed pond was the Hausten (formerly Kumulae) pond. Originally, the pond was a favorite of Queen Kamāmalu (sister of Kamehameha IV and V).  The Queen and her brothers loved swimming in the ponds, which were also said to have healing powers.  The pond became the site of the Willows restaurant, and served as an attraction to customers there.

In 1934, a construction project downslope struck a master conduit of the karst. This caused massive water drainage of the upslope area; “for more than four months, an average of 3.8 x 107 L was pumped daily before the hole could be sealed and construction resumed.” The total amount pumped before the leak could be sealed was greater than one billion gallons of water.

The spring-feed ponds vanished within 24 hours.  There have been several instances of collapses since the dewatering. One instance in 1952 involves the Standard Trading store falling through the ground into the karst below it.  Another instance involves the emergence of a large cavern downslope from the King-University intersection.

The leak was repaired, but had changed the karst forever. Several spots in the formation were deliberately filled.  Cave-ins greatly reduced the size of the cave network, and changed access to the underground.

The Mōʻiliʻili Karst (Mōʻiliʻili Water Cave) is the only place where bare limestone can be seen; the cave is approximated to be as high as ten feet, and have depth of up to five feet in places.

It is entered by only by a drainage grate, and despite the impacts of human intrusion, “construction fill, metal pilings, and trash swept into the system by floodwaters,” the cave has been able to retain its cool and clear water.

I have not been in the cave; reading people’s description of the experience, I am not sure I would spend much time down there.  The image is an 1897 photo (bishopmuseum) in the cave.   In addition, I have added some other images/maps in a folder of like name in the Photos section on my Facebook and Google+ pages.