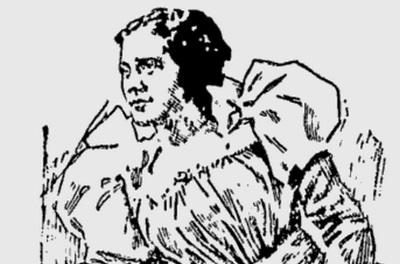 Queen Anna “Ana Kanaina Loke, queen of Topeka’s annual fall carnival, is a native of Honolulu, and she travelled the long distance from her island home to the Kansas metropolis especially to take the prominent part in the festivities which was assigned to her.” “She was a teacher in Hilo and made the trip to the States especially for the fete in Topeka.” “By some brilliant inspiration it was suggested that this year’s queen be a newly annexed American belle from Hawaiʻi”. Her name translates to Anna Rose; they dubbed her ‘Queen Anna.’ Ana Kanaina Loke later moved to the continent, married a man named Anderson and resided in San Francisco.

Click link below for more images and information:
http://imagesofoldhawaii.com/queen-anna/
Posted by Peter T Young at 2:00 AM