Ties to the Santa Fe 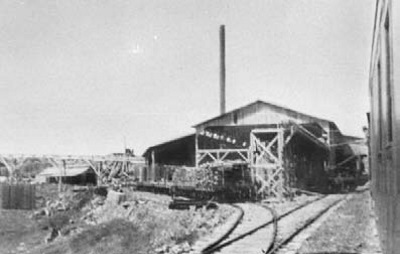 Ties to the Santa Fe During the height of the railroad industry, commonly referred to as the ‘Golden Age’ from the late 19th century through the 1920s, there were more than 254,000 miles of railroad in service. The expanding rail system needed material to tie the rails – then, in 1907, the ‘Santa Fe’ came to the Islands. The head of the tie and lumber department of the Atchison, Topeka and Santa Fe railroad came to the Islands to investigate the ʻōhiʻa ties”. He signed a contract for “the exportation of 90,000,000-board feet of ʻōhiʻa to the mainland within the next five years.” The contract with the Santa Fe was never fulfilled; it was realized that the ʻōhiʻa wood ties did not last in the extreme conditions of the southwest.

Click link below for more images and information:
http://imagesofoldhawaii.com/ties-to-the-santa-fe/
Posted by Peter T Young at 2:00 AM